Today, I hopped the train up to Lake Como to do the Dorsale del Triangolo Lariano – the walk from Como to Bellagio, along the mountain tops.  This may not have been a wise move.

There isn’t a lot of English-language information about this hike, but here’s the gist – it’s a 20 mile (more on this later) hike that starts at Brunate, just above Como.  Most folks split the hike over two days, though there are accounts of it being done in one day, over about 10 hours.

Things I should probably have considered: 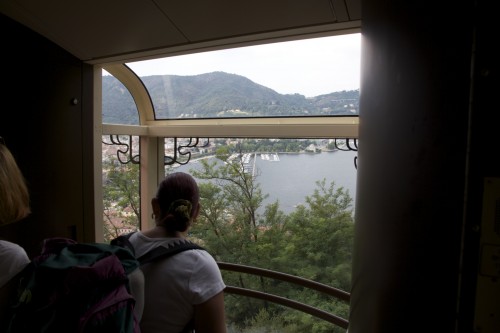 The initial climb out of Brunate was pretty rough, but then things leveled out and it was all rather pleasant.  Gorgeous views, cooler air, not a soul around. 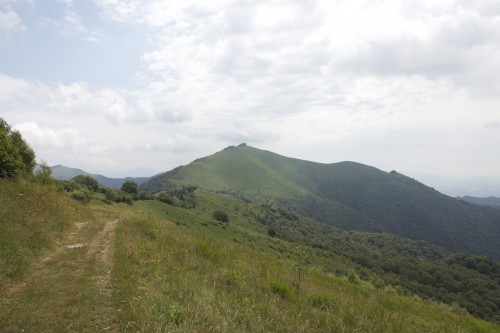 Around noon, things started going a bit pear-shaped.  Big storms started rolling in – lightning, thunder, rain, wind.  Nice dSLR got safely packed away at this point, so we’ll be iPhone only from here on.

Still, not a bad view. 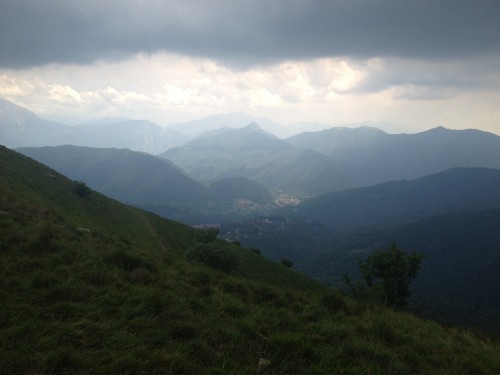 But really, that’s all manageable.  I’ve got my Tilley hat, which makes walking in the rain nearly pleasant.  Rain gear in my bag if needed, though all the Tactic Fabric I’m wearing makes rain a relatively small concern.

Oh, by the by – waymarking for the first 3/4 is terrible.  Many forks in the path without indications about the way to go, indecipherable signage, and very sparse markers.

The big problem is that the path keeps climbing.  You don’t reach the final, highest peak until approximately 15 miles in.  And it’s a doozy – well over a 45 degree hike/scramble/crawl in intense wind. 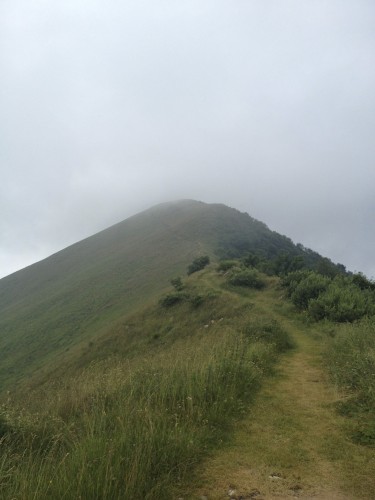 After reaching that peak, it all goes really wrong.  The descent is very narrow paths, switchbacks every 10 feet, all made up of leaves covering smooth rocks.  And it’d been raining.  So that was slightly harrowing – 500 meter drop over less than 500 meters horizontal.

In any case, when all is said and done, you pop out in a charming little farming village, with some incredible views.

Stumbled my way into Bellagio, drank a lot of water and an espresso, and ordered a large gelato.  It was horrible, but also amazing.  Made it to town right around 5:30, so there was time to buy a ticket on the the fast boat (a Hydrofoil) back to Como and then sit, doing nothing, for a while.

I don’t believe I’ve ever been on a hydrofoil before.  I was kind of expecting to be pinned in my seat by brutal acceleration, but it wasn’t nearly that much fun.  On the boat, I encountered my first American group – I’m guessing recently graduated high school seniors, or someone in that age range.  The ability to buy alcohol was obviously still a novelty, so they boarded the boat well equipped.

So, that was the Dorsale.  Quite an adventure, but perhaps not one I’d take again.