First real day of via ferrata. It’s kind of unreal!

Kicked things off with breakfast at the rifugio, then set out for what’s called a “definitive” ferrata route. First, another half kilometer climb. Then you hit the first ladder and start to get nervous.

In reality, there were very few scary moments on the morning route – plenty of protection available (cables) but in many places I didn’t feel the need to clip in.

Rick climbing experience benefits in a few ways. First, being handy with a binner is nice. Second, having the confidence to rely on a pinch of a rock lip makes things much faster. Finally, a general sense of moment when stemming out to other rocks, etc, helps save energy.

The route was lots of narrow paths over “it doesn’t matter how far down” drops. Figure a 500m drop straight down, then another 1500m slightly less straight down.

Occasionally you cross glacial flows, with protection – that’s a little hairy, as you’re balancing on snow over a similar drop – it might only be 15m of that, but you’re thinking through every foot placement.

Made it to the lunch stop in about 3 hours. Took what was supposedly an easier route towards the overnight. While perhaps the drops were not as steep, there were many more glacial crossings, washouts, rockfalls, etc. Also some very narrow overhung ledges. Eek!

The final ascent was a 400m climb up very lose scree, at a very steep angle, followed by a similar descent on snow.

Many Germans, some Italians. At one point, a guided group came the other direction – one said “buon giorno” as only an American can, so I asked. Turns out they’re from Minnesota of all places! Crazy. 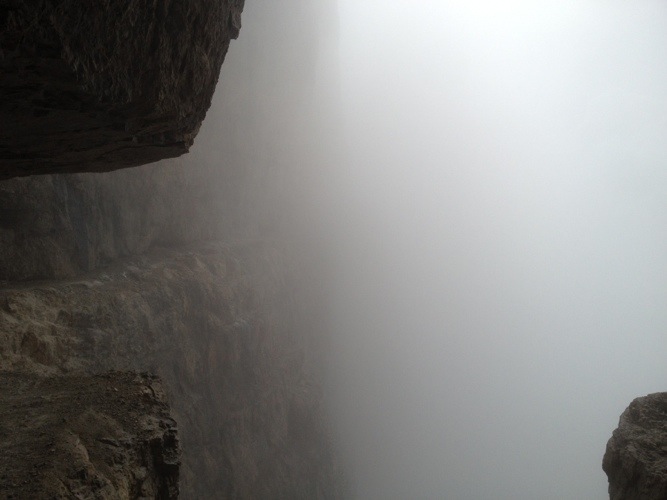 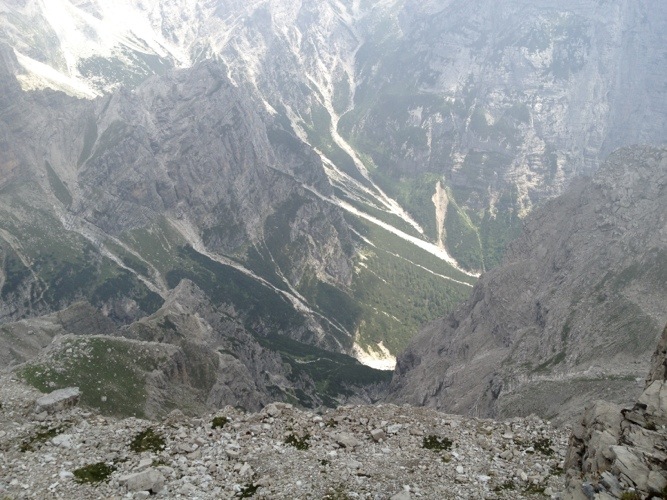