Let’s talk briefly about The War. As a bleeding-heart left-wing America-apologist, I can’t help but experience Hanoi with a tinge of guilt. I know that that’s reductionist and inarticulate – and hey, at least we’re not the French – but it’s the truth. I obviously lack any memory of the Vietnam war, and don’t have any immediate family experiences, so I have had limited exposure to the American “side” of the conflict (in a personal sense). So, anyways, sorry about that. But again, at least we’re not the French.

I’m still pondering my thoughts on Hanoi – it’s the most wonderful chaos. For now, I’ll stick with a “travel-log” of the day.

To briefly back up, airport transfer went swell yesterday. I’m glad I “splurged” on the advance reservation with yourlocalbooking as it meant there was a nice fellow waiting at the airport with my name on a sign. My hotel, Indochina Gold is firmly in the “fine for me” category – there’s great wifi, a decent shower, and cheap rates.

Today started with a bowl of pho bo. As any good day should. I experienced a bit of food-anxiety today – not fear of eating something odd, but fear of “wasting” a meal on something less than awesome. I think I did ok though, and the pho was certainly a winner.

After breakfast, I took a wander around Hoan Kiem and visited Ngoc Son Temple. It’s a small temple on an island in the lake – a gorgeous setting, and a chance to pause. 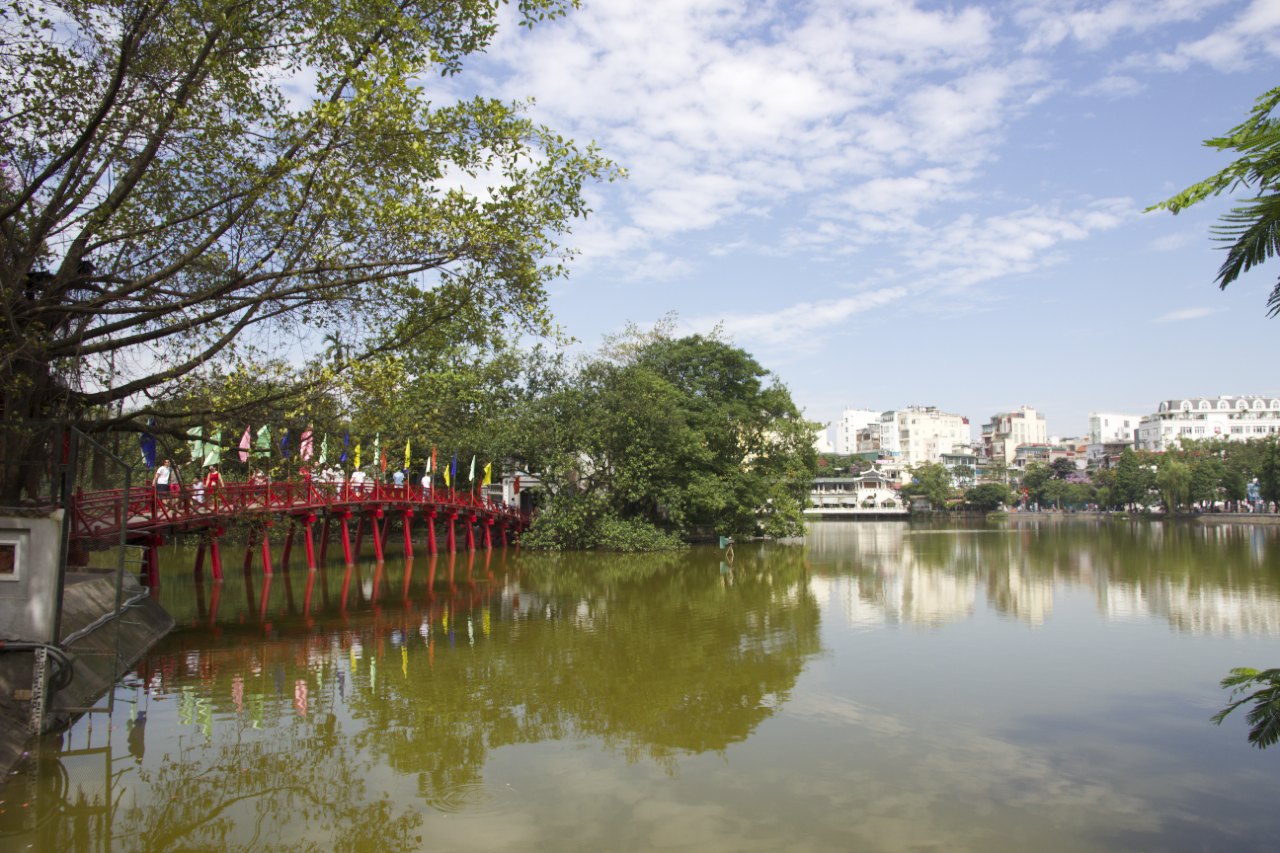 From there, I went to the Museum of Vietnamese History. Not an upbeat place – Vietnamese history basically consisting of conflict, suffering, more conflict, and eventually some more suffering.

Some snacking ensued – the Vietnamese have a wide variety of items I would term “donut-adjacent.” As a connoisseur, it’s important that I sample them all.

The afternoon involved a visit to the Military History Museum, which presents Vietnamese military achievements with a lot of pride. The most striking bit is the statue made from parts of downed American aircraft. 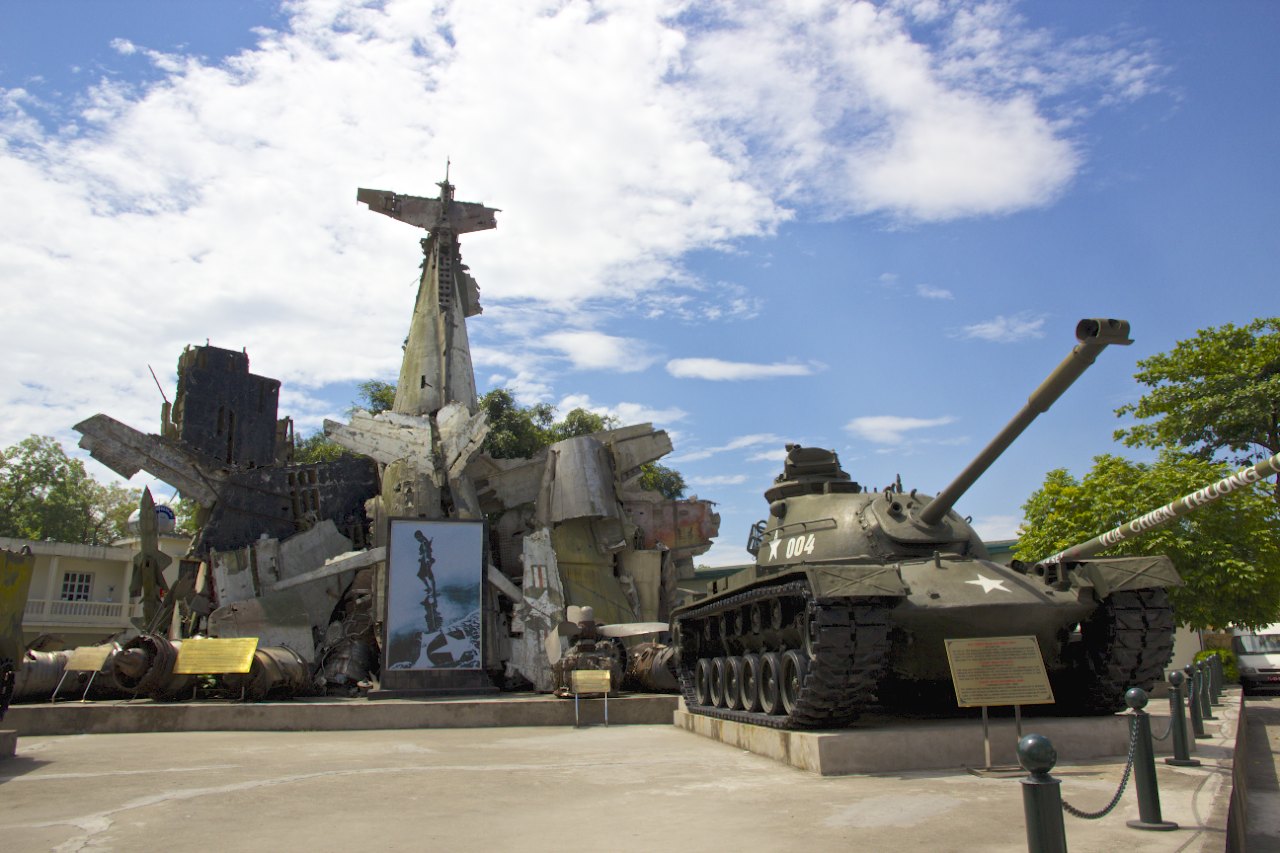 Next up was an ill-advised lap of West Lake. Ill-advised in the sense that I did not take note of the circumference of said lake. Did I mention it was 112 degrees today? And humid? It was a pleasant enough walk, but by mile 12 or so, I was contemplating whether there would have been better ways to spend the day. 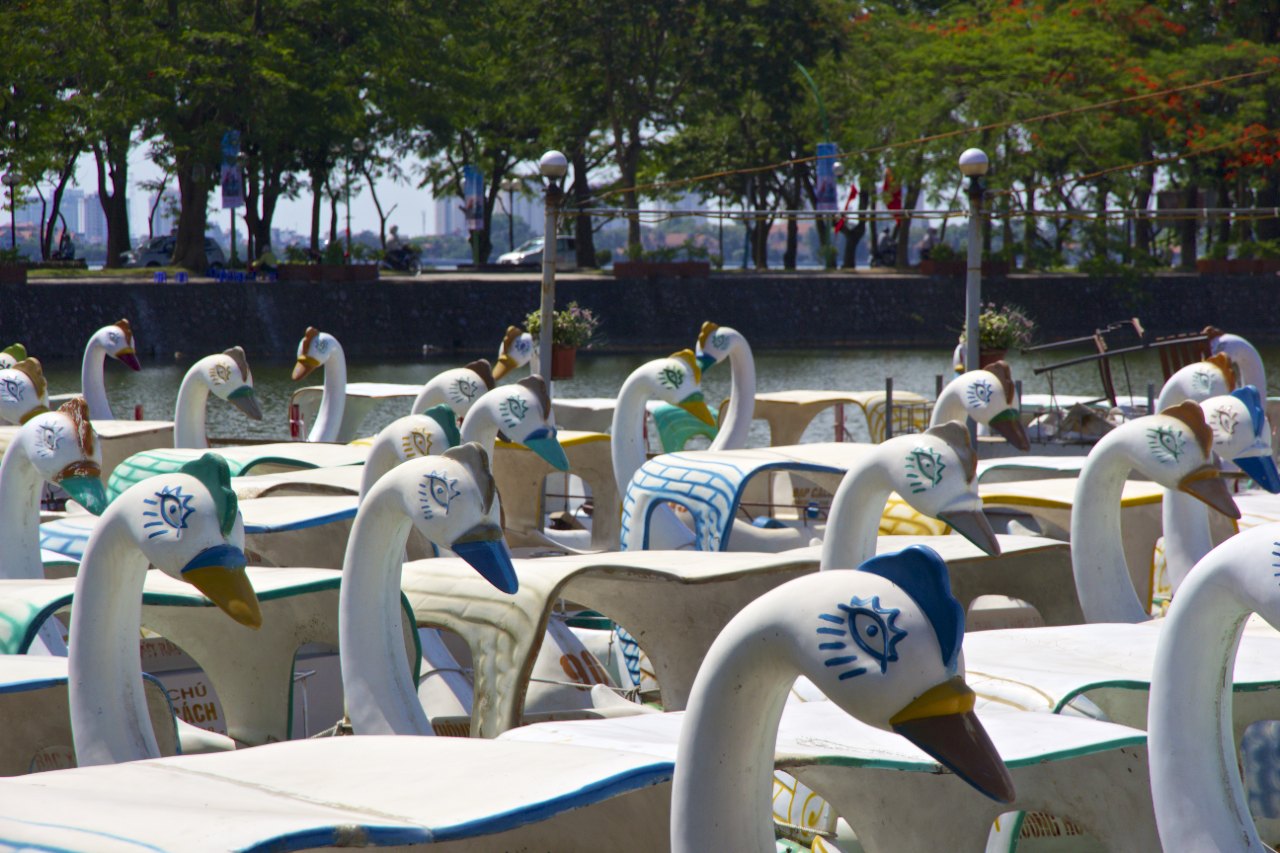 Finally, after some more delicious food, I attended a performance of the water puppet theatre. It was … a thing. Definitely a thing. 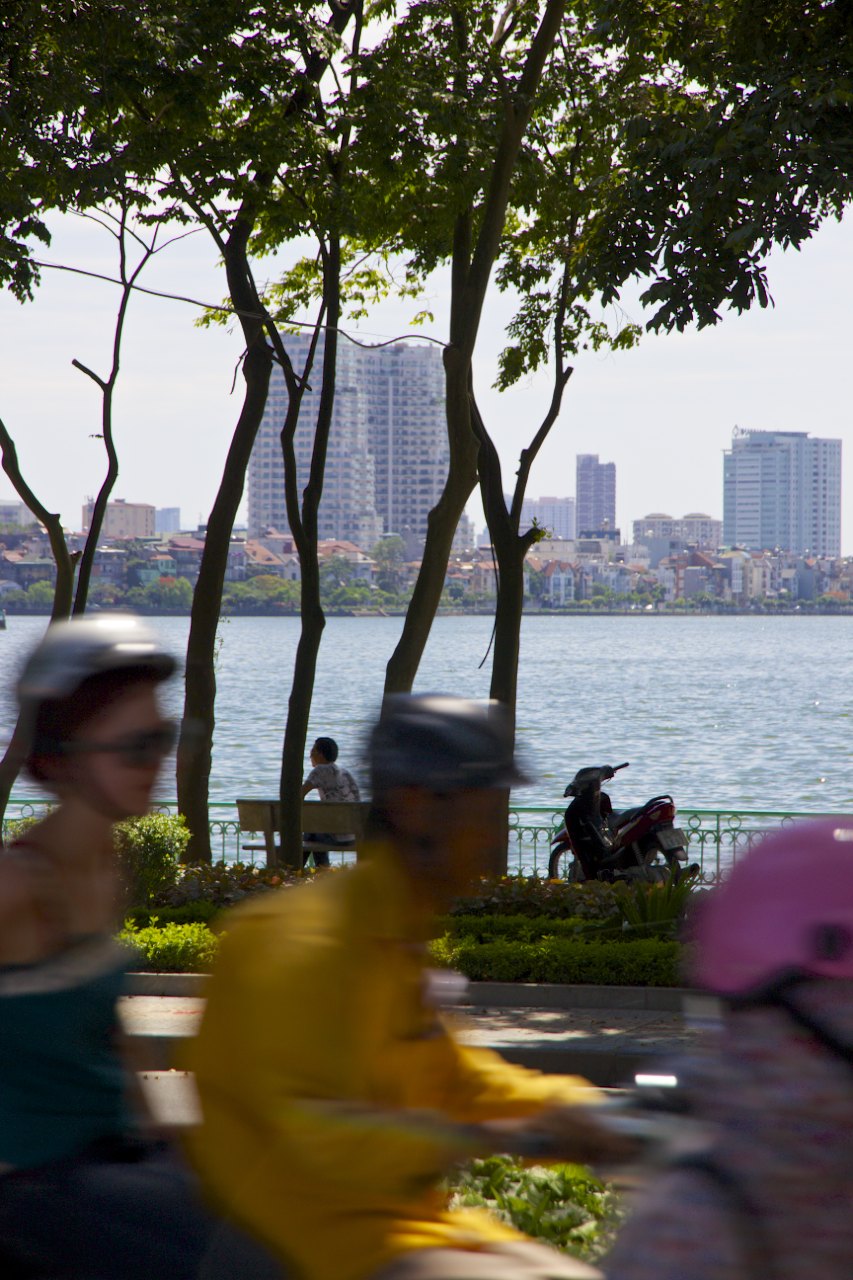