There is a point at which it can be too warm to enjoy yourself. Or at least, there is for me. Parts of today reached that point – temperatures were again over 100, with humidity in the high 70% range, and no breeze. It’s hard to want to linger reading museum placards in that weather. On the plus side, the air quality in Hanoi is such that while you get very sweaty, you don’t have the filthy “covered in diesel soot” nastiness you get in a city like Rome (to say nothing of Beijing).

I kicked off the day with a trek to Hup Tiep Lake which is a bit tricky to track down. On the way there was a breakfast Bahn Mi, an invention that desperately needs to be brought to the West. Fried egg, hot pepper, cucumber, etc. 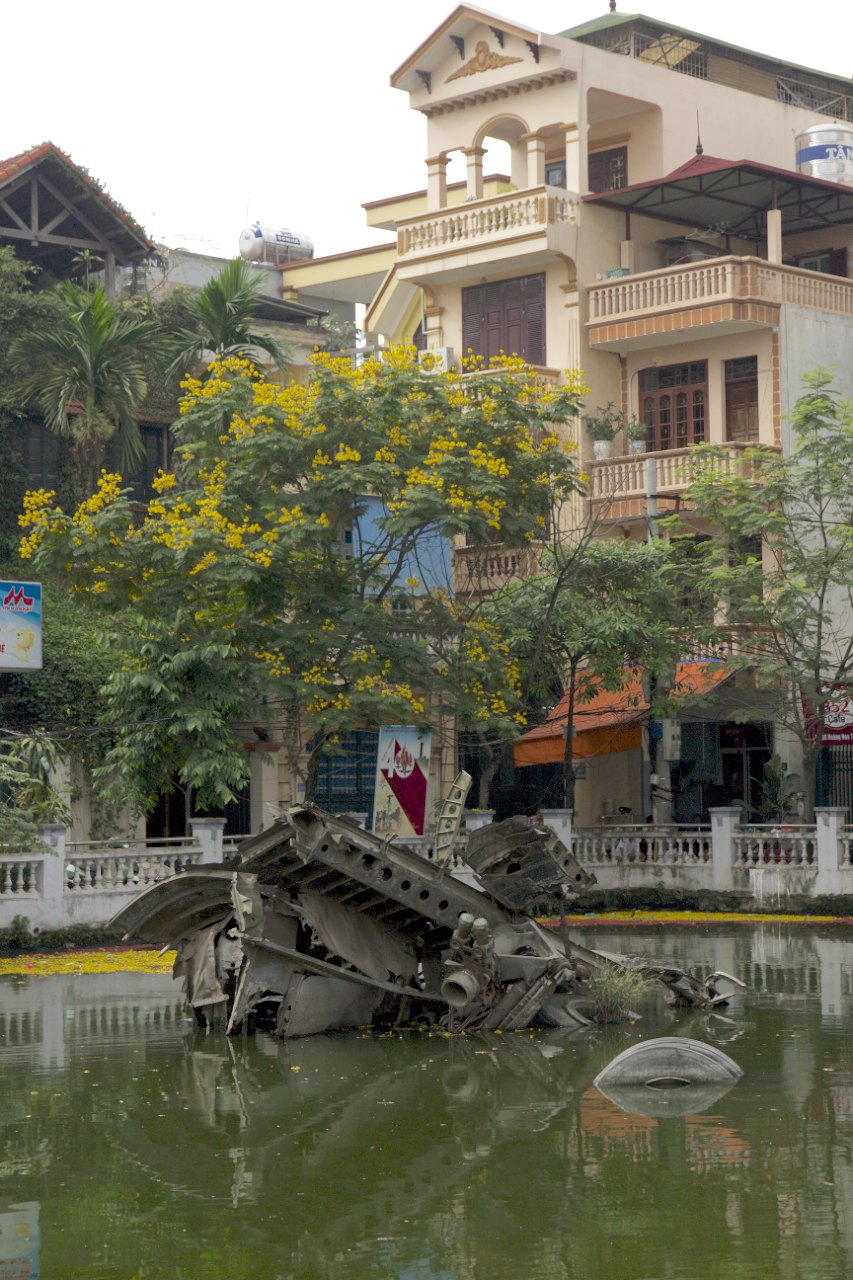 Hup Tiep Lake contains the remains of a B52 shot down during the war. It’s striking to see, and remarkable that it was left as is.

From there, it was on to the Vietnam Museum of Ethnology which is where the heat really got to me. It’s a well done museum, with indoor and outdoor exhibits, but it was stifling about that point.

One observation from the museum, and in truth from all of the museums I’ve visited thus far – the Hmong are treated like just another Vietnamese tribe, and there’s no mention of any “issues” past or present in Vietnam or Laos. I don’t profess to understand the history well enough to know if that’s truly odd, but it strikes me as such.

This afternoon, it was cooking class time! Class started with a tour of a local market – interesting to get the various fruits and vegetables explained. I’ve never seen fresh turmeric for example, nor lotus root. 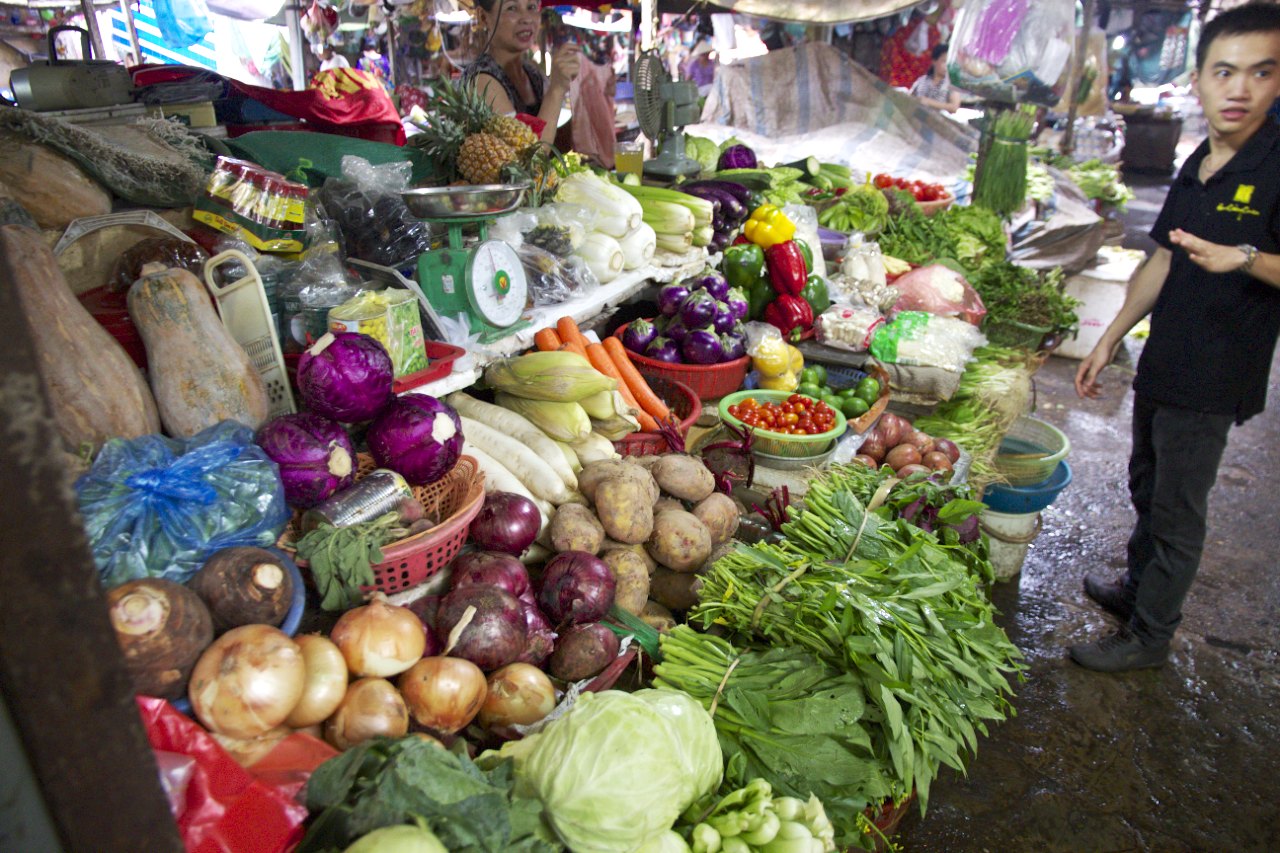 After the tour, it was time to cook. The class consisted of myself, three South Africans (a couple, plus a fellow currently living in Dubai) and two French men. The instruction was rather oversimplified – time limitations meant the pho stock was already prepared for example. But, it was a fun experience, and certainly gives some ideas for future items to attempt at home. 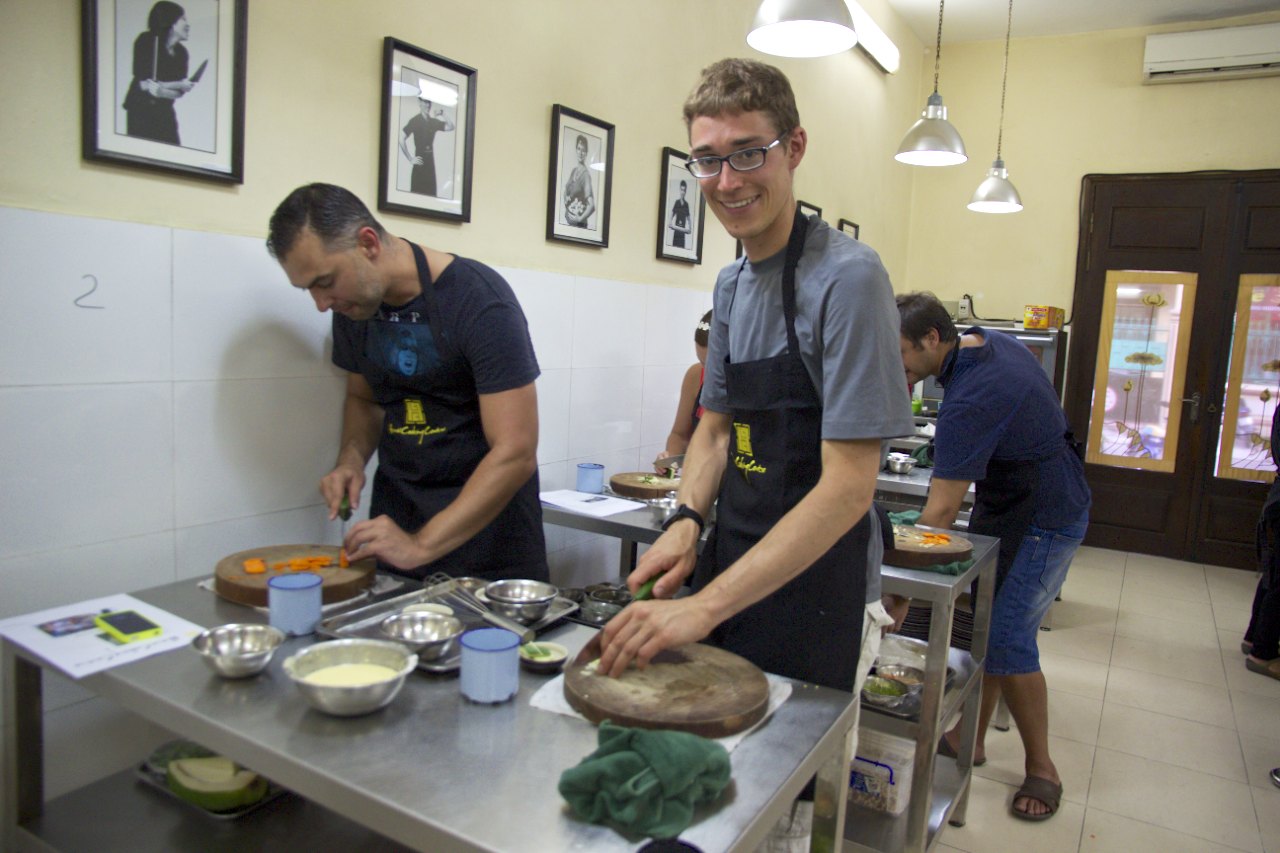 The most interesting and valuable part of the course turned out to be the point at the end when we all gathered to eat the food we’d prepared. All of the South Africans had been in Saigon at previous points on their respective trips, and were able to offer some great tips on things to do and tour companies. The couple was nearing the end of an epic 5-month trip around the world, and had plenty of amazing stories to tell.

As we were eating, an intense rain came through, driving down temperatures dramatically. I know it won’t last, but it sure was pleasant. The Hanoi Night Market only runs Friday/Saturday/Sunday, so I took the opportunity to visit. The rain delayed setup a bit, and it’s mostly random trinkets – not something I would go out of my way to visit again. 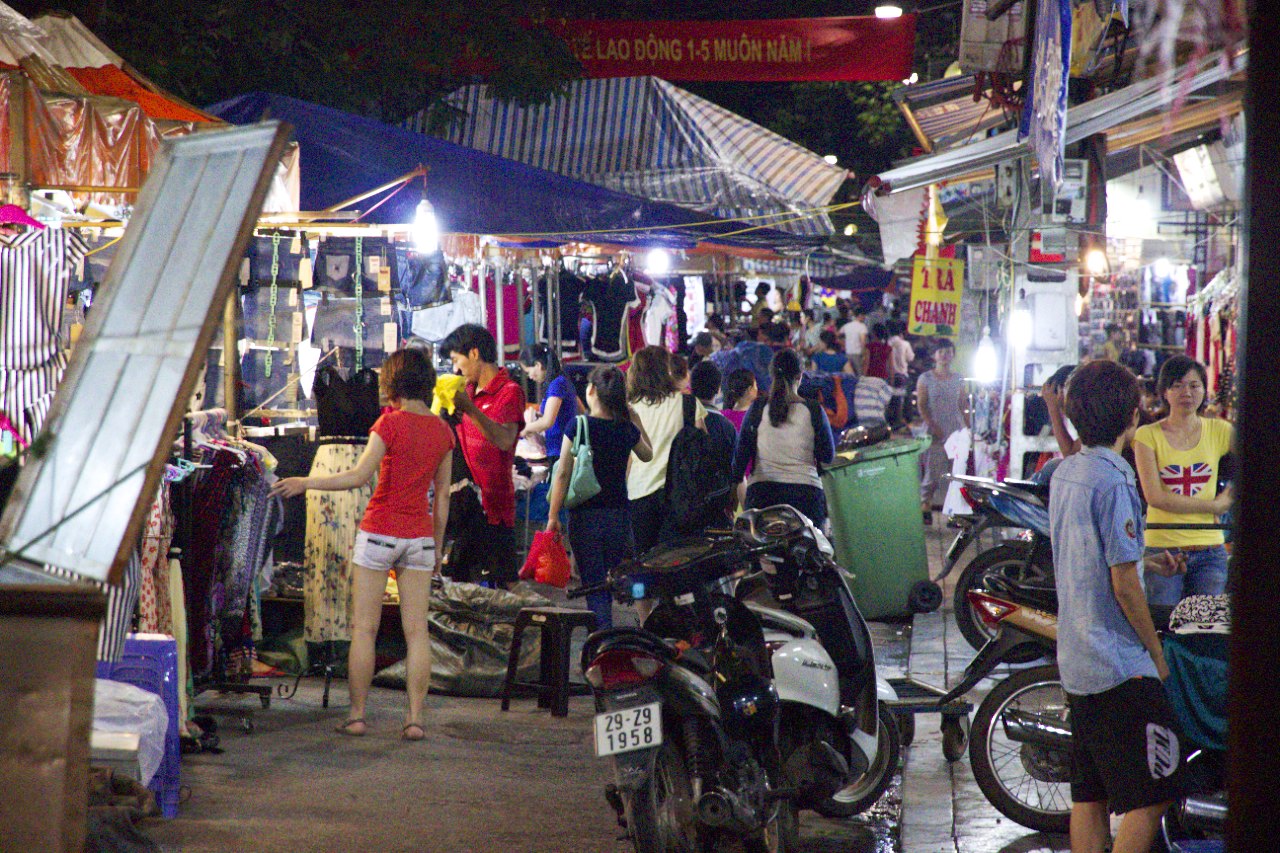 So, that’s day two in Hanoi. I’m starting to get more comfortable with the city, and I’m trusting my navigation skills a bit more. Perhaps tomorrow I’ll be ready to write a bit more broadly about the city.