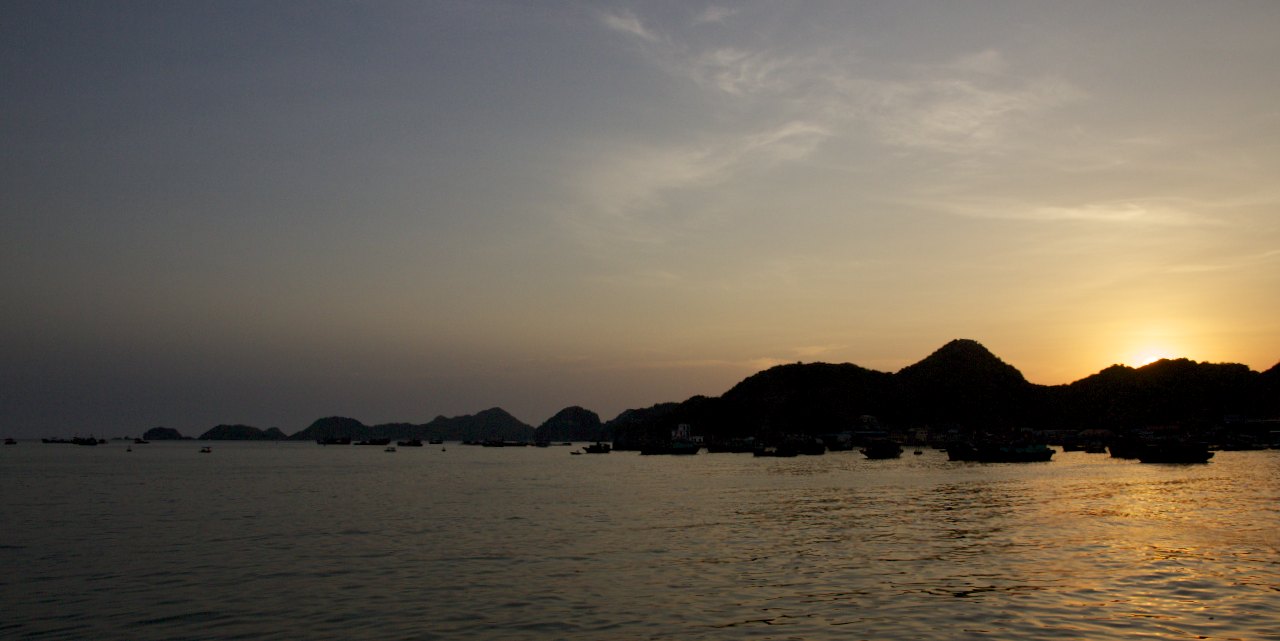 Cat Ba Island, and, I’m lead to believe, all of Ha Long Bay, is in the category of “places which cannot possibly be real but apparently are.” It’s too perfectly picturesque, like it’s been staged for a film. It’s lush and dramatic and unlike anywhere I’ve seen. And I haven’t even seen the really cool bits yet.

First things first – getting to Cat Ba involves a series of busses, then a boat, then another bus. It’s all well orchestrated, but takes a solid 5 hours. My bus was about 50% Vietnamese, and 50% westerners. Cat Ba is a tourist destination for foreigners and Vietnamese alike.

After arriving, I arranged my outing for tomorrow with Asia Outdoors. After talking things over, they strongly encouraged me to meet up with some other climbers and just rent gear. It was tempting, but I’ve only got one full day in the area, and I didn’t want to just spend it working a couple routes in one crag. So, instead I’m doing a half kayaking / half climbing guided outing. It’ll be tame climbing, but that’s fine with me given the purposes of the trip. No deep water solo due to the tides, which is a bit of a bummer. More reason to come back.

After arranging that, I went for a wander. Cat Ba town has a couple large markets, which were fun to browse. Then I set out walking out of town, and ended up at a strange abandoned … something? Maybe a resort of some sort? It doesn’t appear to have ever been built, but they were planning for something impressive. 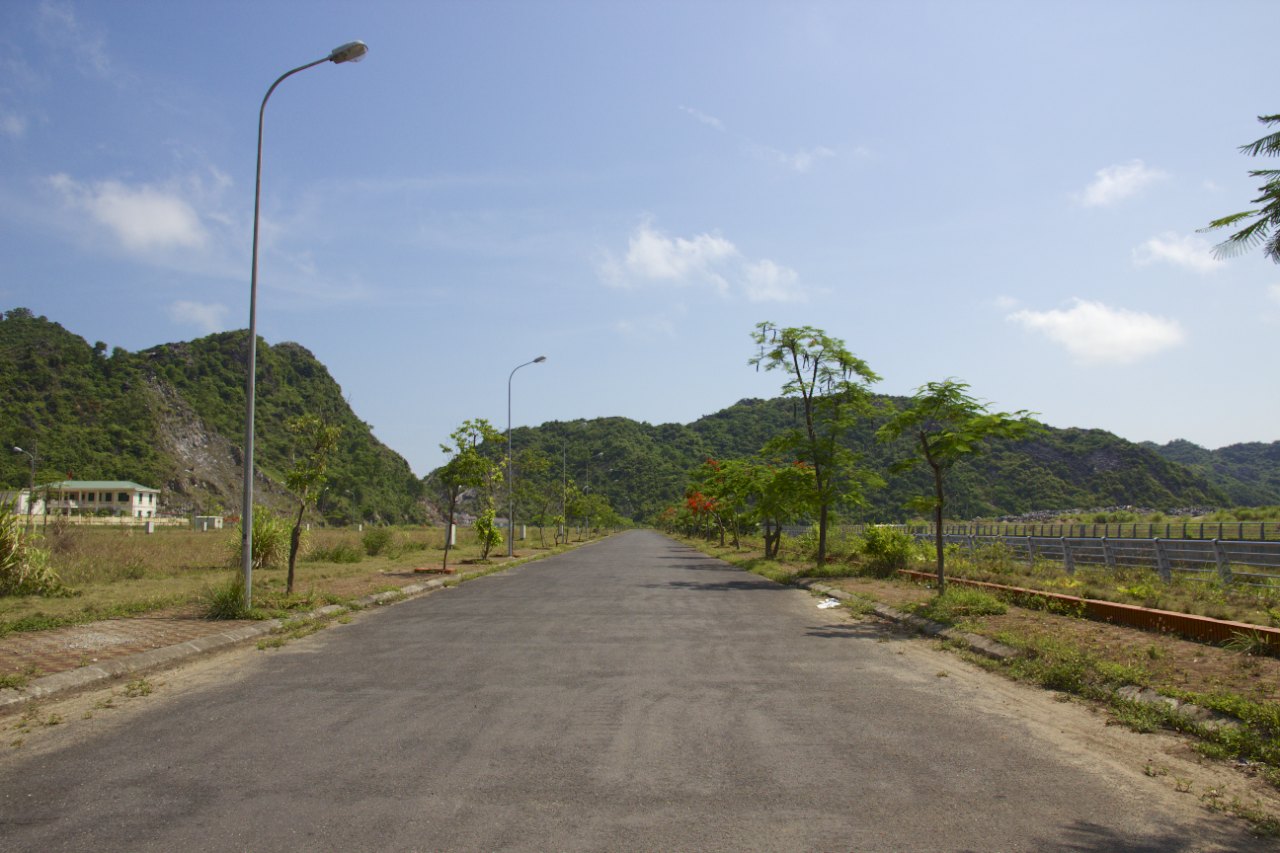 The rest of the afternoon consisted of more wandering, punctuated with coffees and snacks. Which is more or less an ideal afternoon. Rather than describe it in minute details, I’ll just go for an image gallery.