Today was our only full day in Evora, so we did our best to pack in some regional-adventuring and seeing the rest of the sights in town. First stop of the day was the town market, a fancy new building with stalls for meat, cheese and vegetable vendors. It seemed like the sort of space that gets built in response to EU regulations about markets. In any case, we got some amazing local salami, cheese, bread, fruits, and cookies. A picnic lunch for all of €5.

The next stop was the Cathedral of Evora, which happens to be right next to our hotel. The highlight of the visit was finding the spiral staircase that led up to the roof of the cloisters. It provided an great view of the city and a chance to see some of the features of the building up close. As with most of the sites in Evora, we had the entire thing to ourselves. 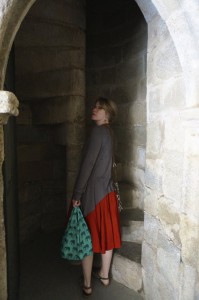 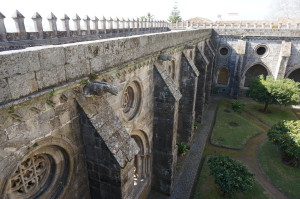 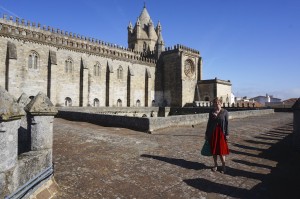 Then it was time to get in the car and head for some of the megalith sites outside Evora. At the Almendres Cromlech we wandered among the rocks and marveled at the age (way before Stonehenge). Driving into the site, we were wondering what had happened to all the “olive” trees, which had their bark missing. Arriving at the site and seeing one up close, we realized they were cork trees – as in wine bottles – and the bark had been recently harvested. It was a lot of fun to poke at. 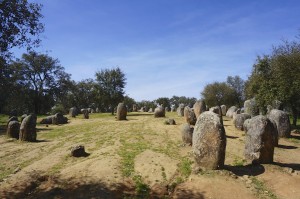 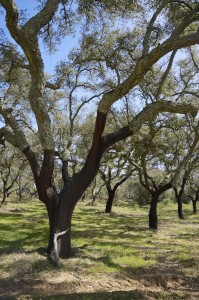 From the Almendres, we went to the Great Dolmen of Zambujeiro, a megalithic tomb that was “excavated” (as in dynamite) in the 1960s. Again, we had the site to ourselves, and got to poke around the massive structure. Pictures don’t do the size of it justice – these are some really big rocks. 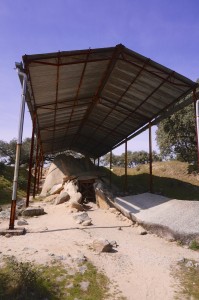 After a picnic and a visit with some cows, we circled back to Evora (with a brief stop at a winery/olive oil producer, which was mostly closed for the season). We got a snack at the bakery (and we finally cracked the code to ordering Kat’s preferred coffee), then visited the Museum of Evora. It’s mostly under renovation (the perils of traveling off-season), but has a really cool collection from a proto-archaeologist (as in, guy who liked collecting things that were dug up) from the 18th century.

After the museum, we caught up on work, and then I went off on a Colin-esq adventure. The new Fiat 500X hasn’t been launched in US Fiat dealers yet, and we’re in Portugal during the Twin Cities Auto Show. Sad about missing a chance to see it in person, I located the local Fiat dealer and set off on a walk. Fortunately, they had a demo-500X on hand, so I got to poke around. Portuguese car dealers are decidedly lower pressure than American dealers. 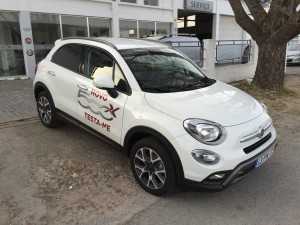 Finally, it was time for dinner. Tonight, we made reservations at Tasquinha do Oliveira. It’s a husband-and-wife place, serving Alentejo food. We had some amazing cheese, beans and cod, chicken, crab and quiche as starters. Then, Kat had a even-better-than-the-pork roast lamb, and I had a stew (which was very reminiscent of a caldo verde or similar). 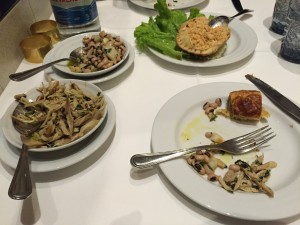 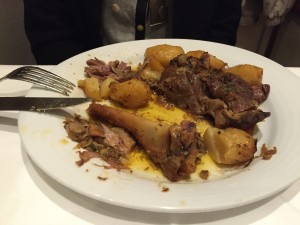 The only slight negative of the evening was the group of studying-abroad/spring break American MBA students, who managed to use “bea” and “adorbs” within the first moment of entering the restaurant. We contained ourselves, and enjoyed the night regardless.

And now it’s time for another night of meat sweats.