Eventually, gluttony catches up with you. Today was that day, for me at least. I’m not sure whether I actually got sick, or if my body just decided to revolt against me, but it meant today was a pretty slow day. It wasn’t a total loss though, just not as action-packed as might have hoped for our last day in Malaysia.

After flopping around the house for a while this morning, we rallied around 10:00 and got some breakfast at a kopitam, then caught an Uber to the Tropical Spice Garden, on the north side of the island. 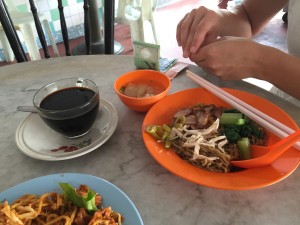 The spice garden is an extensive, well-curated and documented collection of plants, including not just spices and herbs but exotic plants from everywhere. We learned that Giant Water Lily pads from the Amazon can support 135 kg of weight…

We wandered the trails, hunting butterflies and periodically checking in with the audio guide. There’s a full featured thai restaurant on site, but we just grabbed some “spiced coffee” (coffee with sweetened condensed milk, cardamom, cloves and nutmeg). We also enjoyed a swing in the Giant Swing, and some people-watching – everything from a group of Brits celebrating a birthday to local families enjoying picnics. 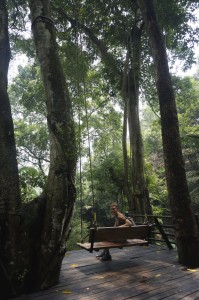 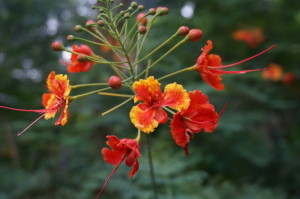 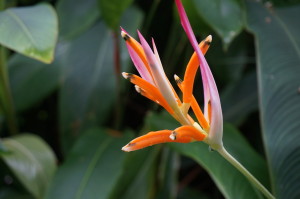 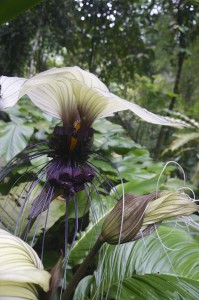 Kat decided to take a leaf out of Aunt Deb’s book and attempt to photo-document the butterflies at the spice garden. It turns out, butterflies don’t like to sit still when there are tourists tromping through the paths. She did manage a few shots of dragonflies but left disheartened that she can’t share with you the multitudes of varieties we saw. 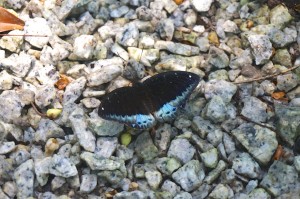 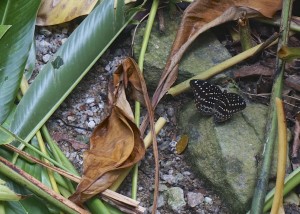 After a couple hours, my body was starting to shutdown, so we decided to head home. Unfortunately, there were no Ubers to be found on the north side of the island, so we took the bus. That meant a much longer ride home, and a much more bouncy time. By the end, neither of us was feeling particularly fresh.

I crashed back at home, and Kat went out to find some food and a fizzy drink for us. She returned with some BBQ pork and rice. After a couple more hours of flopping, we popped down to China House to have some coffee, read, and snack. It was very relaxing, and better than being cooped up in the house. Eventually, I felt well enough for a wander. We wound our way through Little India and Chinatown, before ending up at the Esplanade on the shore, where we explored the Transformers Street Art exhibit.

We don’t fully understand why this exhibit exists, but it consists of two large transformers (Optimus Prime and Bumblebee), lit up in crazy colors, with somewhat threatening music playing. Along side, there’s an exhibit of transformers-themed street art painted on shipping containers. 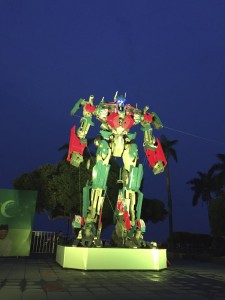 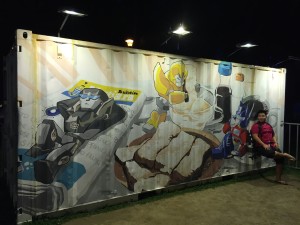 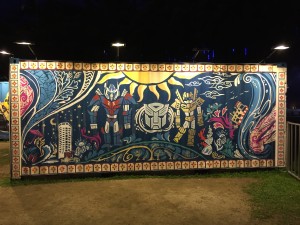 Winding our way back home, we stopped to share one last dish of noodles (wan tan mee) at a street stall, then home. Now we’re packing and getting ready for our 6am trip to the airport. A great trip – we’ll collect our thoughts and post a followup at some point. But we’d highly recommend Malaysia to anyone looking for a delicious, eye opening, friendly experience. 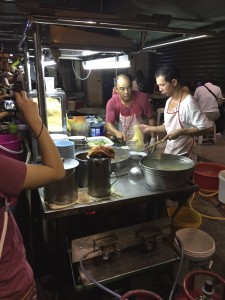 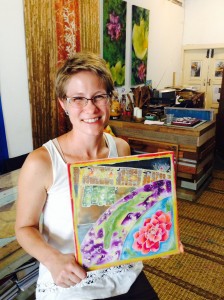 3 thoughts on “Too Much Birthday”