So, Iceland then. This is a different kind of trip for us. As in, it’s not primarily centered around eating and hedonism. This time, it’s rocks and lava. Not that we have anything against the Icelandic hot dogs of course.

We left Minnesota late on Thursday evening, which made for an easy flight. Six hours of uncomfortable, wiggly sleep later, and we were in Reykjavik. Well, the Reykjavik airport. Which looks like a stereotypical Scandanvian airport. We were met by a representative from HappyCampers – in fact, he turned out to be the only person working today, due to a national holiday. We rode to their office with a couple from Nebraska.

HappyCampers is one of many folks renting small RVs in Iceland. We went with them mostly because some folks we watched on YouTube had rented from them in the past. We’re driving a Fort Transit Connect, which has been retrofitted with a bed, a sink, a small fridge, and a separate heating system. It also has a camping stove and a solar panel to keep the fridge running. What more could you want?

After getting a tour of the van, we swung by Kronan, the discount grocery story, to stock up for the week. We arrived in Iceland with a bag full of ramen and granola, but needed to supplement it with some yogurt and pasta sauce. As I said, this isn’t a hedonistic trip. We did find a chocolate-covered pastry at the bakery next door though. 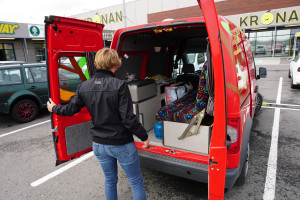 Our first mission was to drive south to the end of the Reykjanes Peninsula to see Valahnukur, a volcano that was formed in the ocean. Besides the stunning young lava scenery beside the road, we were able to view a thick sequence of pillow basalt formations where faults had broken apart the small mountain. We tested the drone and enjoyed the colony of nesting birds making homes on the rocks. 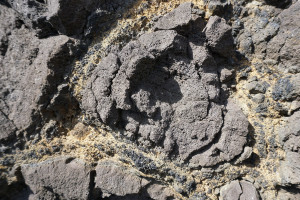 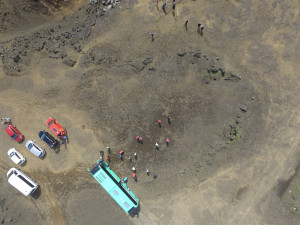 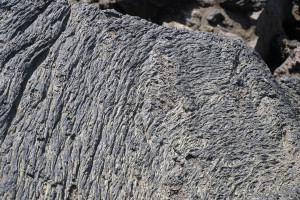 Not far away is one of the most easily accessible opportunities to walk between the Eurasian and North American tectonic plates. It’s literally a parking lot by the side of the road, with a path and a short bridge. We played a game of tag with the continental plates, then got more dramatic drone footage. Bandwidth limits mean the footage itself will have to wait until we’re home, but we can share some stills for now. The rift is the subaerial representation of the mid open ridge and continues north into another volcanic system, our next stop. 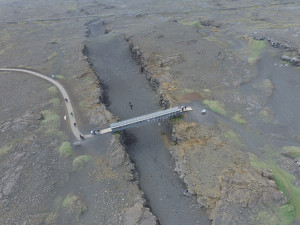 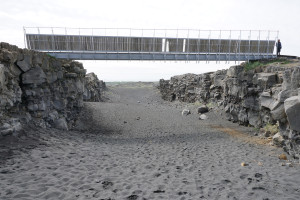 We drove north to Thingvellir national park and viewed the fault-bounded axial valley with impressive sheet flow outcrops along the path through Almannagja. We hiked to a waterfall on the northwest side of the park, poking rocks along the way. We viewed the impressive gentle slopes of Skjaldbreithur, the snow capped shield volcano, and the sub glacial ridges and table mountains that ring the Thingvellir graben. This place is of great importance to the history of the people of Iceland, but it is just as impressive as a testament to the forces of plate tectonics, continually ripping and shifting the active landforms. 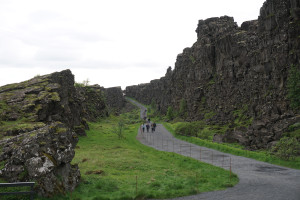 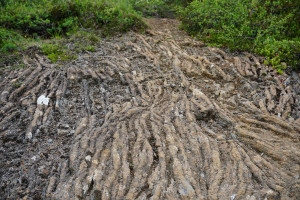 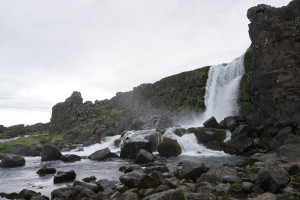 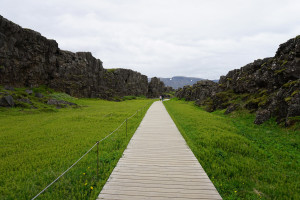 So far, Iceland is proving to be gorgeous, friendly, easy, and full of ponies. Like, OMG PONIES ponies. Also baby sheep. It’s a bit absurd.

After Thingvellir, we went for a soak in the hot pools at Laugarvatn. Colin is not really the soaking-in-a-hot-spring type, but there were pools of three different temps and we found a toy boat to hold our glasses while soaking.

We are settled into our camp just north of Geysir – the steam from which you can see from the van. We’re not sure of our plan for tomorrow, but whatever it is, it will be full of surprise and adventure! 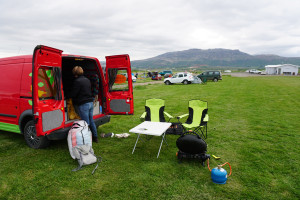 Both of us are running on empty, so despite the sun being high in the sky (hey, it’s only 11pm after all), we’re going to try for some sleep.