Iceland is not an early morning country. At least, not in the public sphere. We woke up early(ish) today to make it out the Snaefellsnes peninsula on our last day with the van. We woke up to wind and clouds, then continued on through the foggy rain, passing many a closed gas station. Although we had made coffee in the van, we were really itching for another cup.

We accidentally turned north over the peninsula before reaching the national park, and ended up on a dirt road. We came down to the other side into rainbow and sunshine. It was delightful. We found a bakery in the town of Olasvik that was open and nommed some baked goods over coffee while flipping through the news about Brexit. 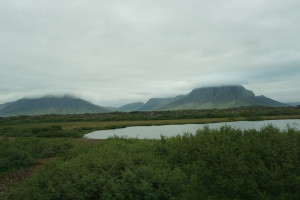 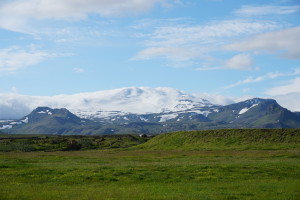 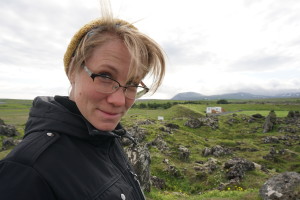 Quite honestly, the Snaefellsnes was a bit of a snooze (that’s funnier if you mispronounce it the way we have been). The rain and fog made it hard to see Snaefellsjokull, the towering stratovolcano that is the crowning jewel of the park. After a week of dramatic country, the soggy lava fields were not holding our attention. We poked around a bit, before heading for Stykkishólmur, a picturesque fishing town on the north side of the peninsula. 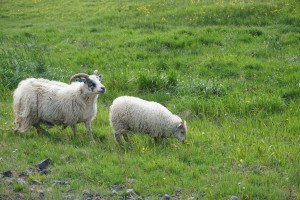 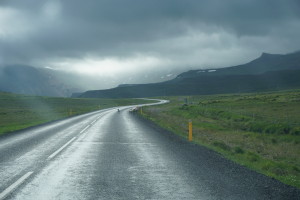 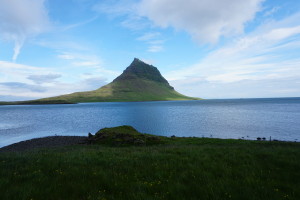 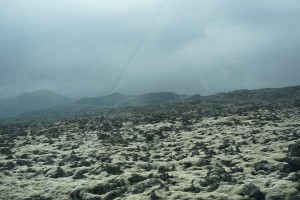 Stykkishólmur was on our “must-visit” list because it’s home to Eldfjallasafn, a volcano art museum. The museum is an homage to how humans depict and understand volcanic eruptions and was created by Haraldur Sigurdsson, the advisor of Kat’s advisor back in Rhode Island. Haraldur himself was in and out but appeared to be very busy so we did not get the opportunity to say hello. 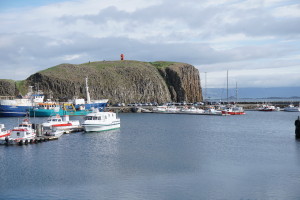 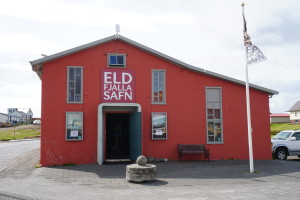 At the recommendation of the Czech museum docent (he fell in love with an Icelandic girl), we had a lovely fish lunch overlooking the harbor. This was our first and only fancy meal of the trip and it was money well spent. Then it was back in the van for the push to Reykjavik. We had to be in town mid-afternoon to visit the geothermal power plant, another must-see location. 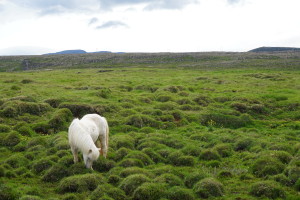 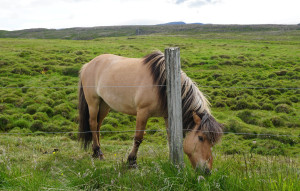 On the drive, we got to take the tunnel under the fjord leading to Reykjavik. It’s pretty impressive – over 6km long, and dropping almost 200 meters, before climbing back up.

The geothermal plant is brand new (opened in 2006, fully online in 2010) and has a really well done exhibit about geothermal power. The plant provides electricity, hot water, and heating for all of Reykjavik. The exhibit itself explained the science, the environmental impact, and the way in which Iceland tries to act as a promoter of geothermal power around the world. The plant itself was surrounded by low clouds, so we didn’t get any great views, though given the amount of steam it puts out, it’s probably pretty cloudy all the time. 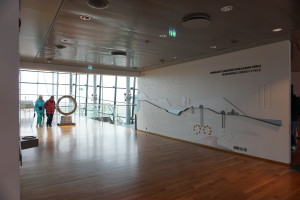 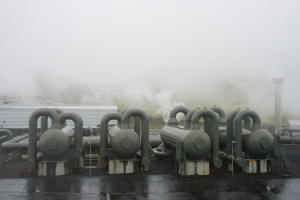 We took a walk around Reykjavik while waiting for our checkin time. We poked in some shops, and visited an ice cream shop, which turned out to be fancy hipster ice-cream (unacceptable), so we visited another ice cream shop (proper). We’ll save the rest of our thoughts on the city until we’ve had some more time, but so far so good. 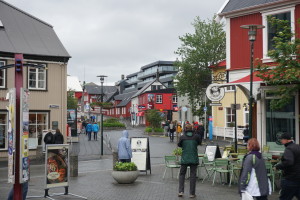 1 thought on “Iceland: “We were cold, rainy, and not part of the EU before it was cool””