Perhaps the best reason to do a boat trip in Ha Long Bay is to get to wake up in Ha Long Bay. It’s a truly magical place. We slept incredibly well and woke up to a gorgeous view. 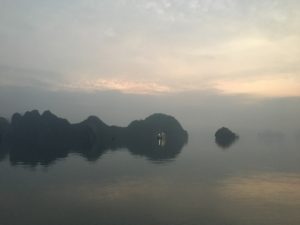 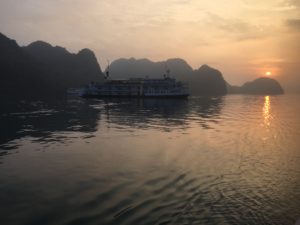 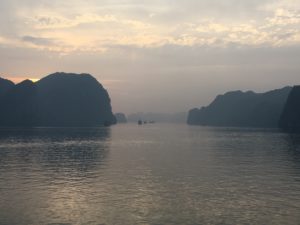 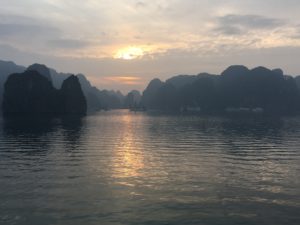 After breakfast (meh), we spent some time lounging on the rooftop deck watching the tourists do tai chi on the boats around us, before taking the launch to Ti Top island (named after Soviet astronaut Gherman Titov). We hiked to the top of the island for great views all around. There are obviously complicated logistics in Ha Long bay, with agreements about which tour companies can be at a given place at a given time. That means that tourists come in waves. When we got to the top of the island, it was packed with tourists. Kat sat down and started painting, and ten minutes later we nearly had the entire top to ourselves. 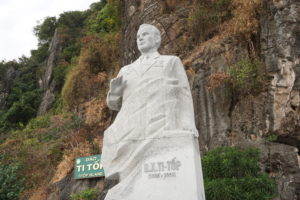 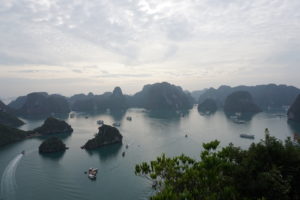 We lingered on the island as long as we could, but with the aforementioned schedules, it was quickly time to get back on the boat. We spent the rest of the morning reading and painting on the boat, before having a light lunch (meh) and motoring back to port.

The bus ride back to Hanoi was uneventful, with another stop at the disabled persons handicraft rest stop. Kat watched the men carving the giant sculptures outside and snagged a piece of scrap from the ground that she might someday poke with tools. Back on the bus, we had a good time chatting with our Australian and British bus-mates.

Hanoi has a night market every Friday, Saturday and Sunday. When Colin was here in 2013, the night market was mostly market stalls selling clothing and electronics. It’s changed dramatically since then, and has become much more of a community-focused street festival. Most of the streets around Hoam Kiem become pedestrian only, and the whole community spills into the streets. 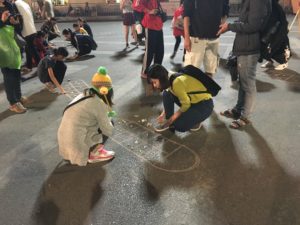 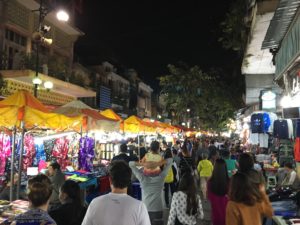 We found some noodles for dinner, then wandered happily, watching kids playing, riding hoverboards, dancing, and playing music. Different community groups were running games and other activities. We were able to resist the stalls of cheap clothes and electronics… until we found bookstore street. Kat bought a beautifully painted picture book about space (?) and we continued to wander and watch performances and pedestrians. 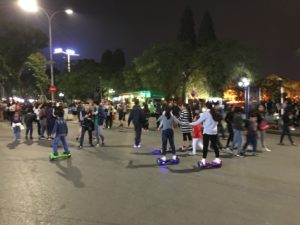 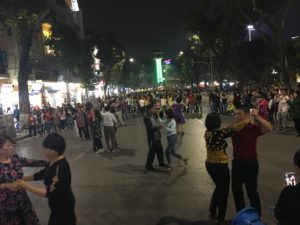 The best part is that lots of people, from kids to the elderly, show up wearing their pajamas. If only we had known!

In a city as hectic and dynamic as Hanoi, the respite of a pedestrian-only area is particularly welcomed. It’s a chance for everyone to relax a little bit and let their guard down. Perhaps in a few more years, this part of the city will be pedestrian-only full time, like much of Florence.

Tomorrow we head to Hue. Our time in Hanoi has been wonderful – it’s a loud, chaotic, dynamic, friendly, delicious place, and it gives you a little bit of hope for humanity. 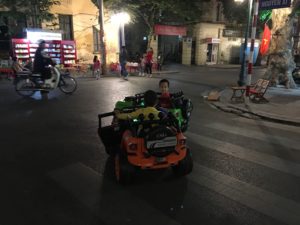 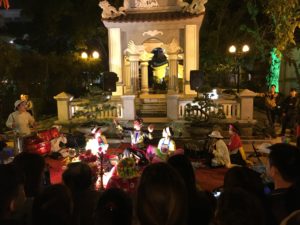