Today was mostly a travel day, but not entirely. We got moving very early and were out of the hotel by 6. The very kind hotel staff packed us a breakfast to eat in the car. The Hue airport is a very low-key place, so we settled in to wait for our flight.

Originally, we’d been planning to just stay at the Ho Chi Minh airport during our roughly 6 hour layover. But, we weren’t quite done with Vietnam, so we dropped our bigger bags at left luggage and took an Uber in to the city. More specifically, we took the Uber to the War Remnants Museum. It seemed like the right place to start for Kat, on her first visit to HCMC.

We got a snack banh mi outside, took a few deep breaths and then went in. The museum is a low tech affair – mostly photographs and captions covering the walls. The galleries have names like “the truth”, “war crimes”, and “agent orange”. It’s a powerful and emotional reminder about what can happen when our leaders systematically dehumanize entire populations in the name of personal gain. Its a heartbreaking experience. 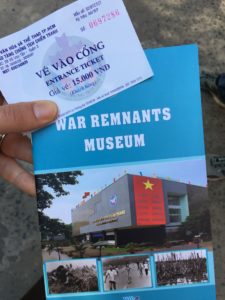 After stepping out of the museum into the sunshine, we found our footing and one last bowl of noodle soup at the side of the road. Then we took an Uber back to the airport. 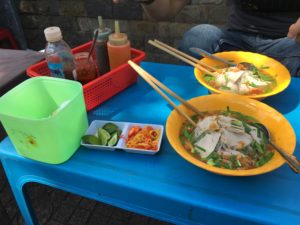 Landing in Kuala Lumpur, the world was instantly less chaotic and more comfortable. The noise and excitement of Vietnam is exhilarating but fatiguing. KL is “Asia light” – easy, calm, modern. We again left our big bags at the airport, and took a car into the city. We’re staying in the heart of the city – the same place we were last year. We have a habit of gushing about our love of Malaysia to anyone who asks. This time, our gushing about our favorite foods resulted in a fancy room upgrade on the top floor of the hotel. 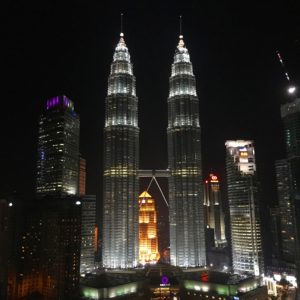 We dropped our bags, and set out for dinner. We were determined to try somewhere new, so we went to Wai Sec Kai, a two block food street about 2 kilometers south of our hotel. As is typical of our time in Malaysia, we had an extended conversation about whether we really had to stick to just one dinner each – in the end, we settled on Tai Bu Mee, Char Kuay Kak, and an amazing samosa bursting with tamarind. 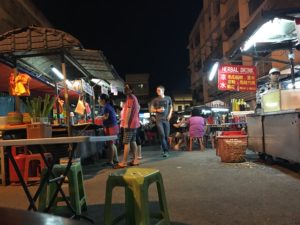 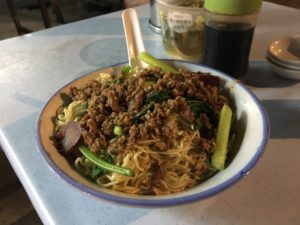 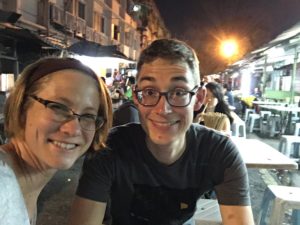 Tomorrow, we’ll get up early to maximize our limited time in the city, before we head on to Tokyo and then home.