Today was our chance to get a quick glimpse of Tokyo before heading home to Minnesota. Tokyo being impossibly overwhelming, we chose to focus on what is, perhaps, its core feature: animal cafes.

After a perfectly pleasant night at our hotel, and a delightfully random breakfast (we didn’t wear our PJs), we set out for the Akihabara district. For Colin, this was a walk down memory lane. In the 1990s, Akihabara was synonymous with all the most exciting things happening in the hardcore PC nerd space. Whenever a new Intel chip or graphics card would ship, it’d show up first in a bin in Akihabara – often before it was even officially available. Nowadays, the markets in Shenzhen have largely supplanted that, but Akihabara retains the technology-focus. 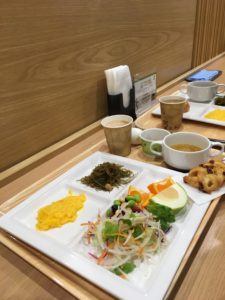 Our walk to Akihabara took us past Yasukuni Jinja Shinto shrine and the Kitanomaru National Garden. We walked down alleys and big streets, and enjoyed the quiet, calm, and cleanliness of Tokyo. 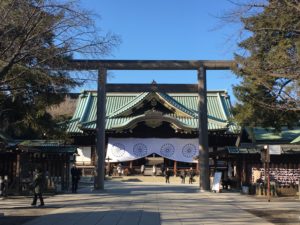 Upon reaching Akihabara two go karts drove by – one driven by Mario, one by Pikachu. Just a normal morning in Akihabara. We popped into Mister Donut to test out Japanese donuts – almost funnel-cake like. We explored some of the multistory department stores of the neighborhood, overwhelmed with the audio and visual experience. Then it was time for our appointment at the Owl Cafe. 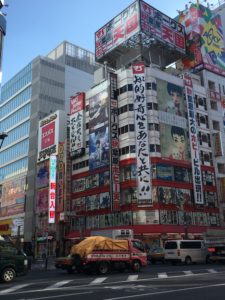 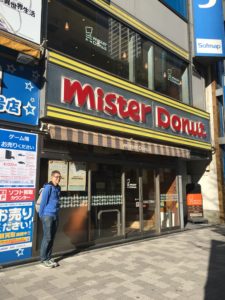 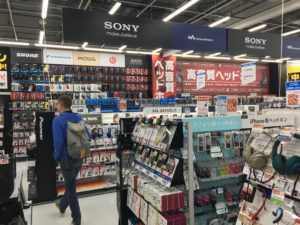 The Owl Cafe is not a typical Cafe, insofar as it doesn’t serve food or beverages. But, “Expensive room full of owls” wouldn’t have the same ring. After some instruction about keeping quiet and moving slowly, we were let in, along with 3 other couples. Apparently one doesn’t go to the owl cafe solo. During our allotted hour, we were allowed to (very very gently) pet owls, look at owls, hold owls, and have our photo taken with owls. This was a substantially more exciting hour for one member of our pair than the other. 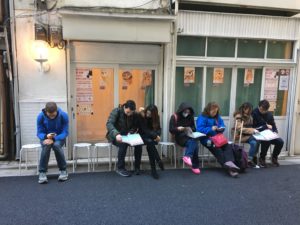 The owls are gorgeous. Each sits in front of a card with his or her name and species. They range from cute little baseball-sized guys up through “hey, has anyone seen the dog?” sized. The owls are handled by professional handlers who seat you quietly and then bring you an owl of your choice – provided that the owl isn’t having ‘sleepy time’ marked by a pink sticker above their name tag. Kat was nervous that this experience would feel uncomfortably unethical but the professionalism of the operation was impressive. One does not simply run into the room full of owls and start poking them. We were each allowed to interact with two owls over the period of an hour. Colin picked an extremely active owl who was feeling adventurous, so after his first owl-on-head experience, opted to photograph Kat’s owl snuggling session. Both of Kat’s owls were relaxed and snoozy. The second one, a juvenile spotted wood owl was comfortable enough to stand on one leg and preen himself while she watched. The handler was pleased with how comfortable the owl was, so he gently rubbed the owl’s wings on kat’s nose before he took him away squee 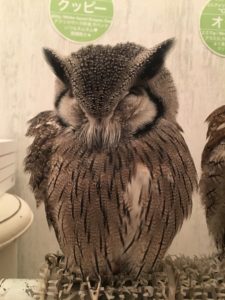 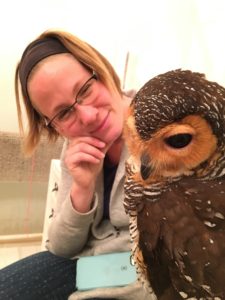 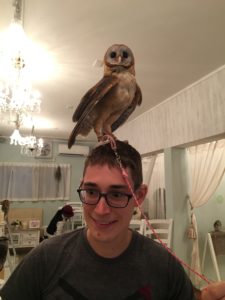 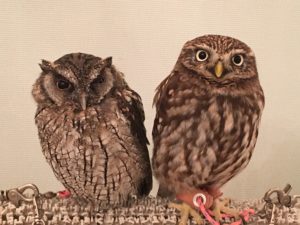 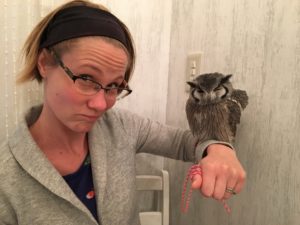 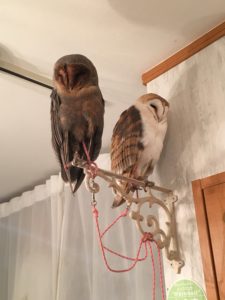 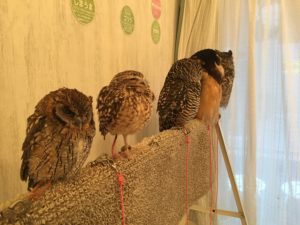 After our hour at the owl cafe, we walked around the corner to the rabbit cafe. No reservation needed there (rabbits are far less sensitive than owls) – just decide how long you want to stay, and then hang out with some bunnies and feed them snacks. The bunnies are in play enclosures with their bond mates – usually sisters. Most of them were holland lops (like Toba) with one lion head. They were young rabbits, probably all less than a year and were all extremely active and comfortable with people. Spoiled rotten actually. They immediately jumped into our laps and climbed all over us looking for treats. 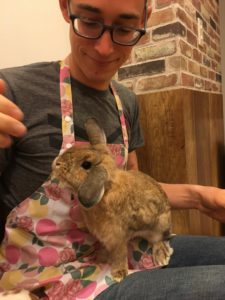 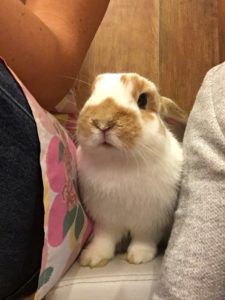 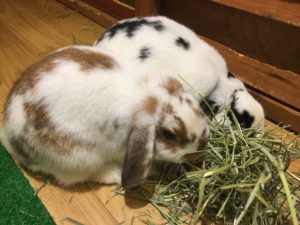 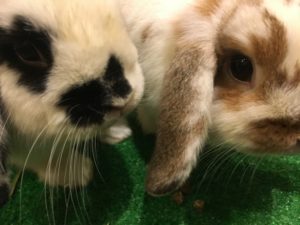 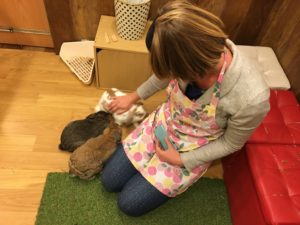 Having accomplished our two primary missions for the day, there was only one thing left to do – eat some ramen. We plotted a course for a well reviewed shop in the neighborhood, and were not disappointed. Once we figured out the system – buy a ticket for the type of ramen you want from a machine, then sit at the counter with your ticket – we dove in. It was exactly what you’d want for ramen experience – one counter, people slurping silently, delicious food, no nonsense. We were in and out in fifteen minutes, and on our way to the airport. We managed to have perfect timing – there was a line of businessmen waiting outside when we left. 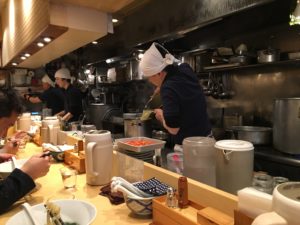 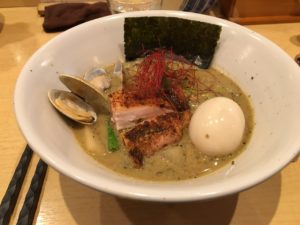 So that’s the trip. We’re a few minutes from Minneapolis now, beginning our descent. Our return home was delayed a bit by a volcanic eruption in the Aleutian Islands – a new reason for a delay for us. Our flight plan was diverted south and Kat thinks it might have been due to a volcano called Bogoslof.

We’ll have some bigger thoughts about the trip in a future post. For now, we just want to bail the dog out of jail and catch up on life.