Like unbelievable. But with Napoli in the middle. Get it? ‘Cause today we went to Napoli? Get it?

Today we went to Napoli! The city gets a bad rap, but it was hard to see anything negative about it – it’s got just the right amount of chaos and grit to make it lovable.

Our primary reason for going to Naples was to see all of the stuff that was removed from Pompeii by various Kings and nobility. Everything from the mosaics and frescoes, to the random household goods recovered during the excavation can now be found in the National Archaeological Museum.

We parked our car in the outskirts of town, and then walked to the museum. En route, we picked up a couple locally-famous pastries – a Zeppole and a “biscotti” (more of a brownie). We also stumbled on a big street market, so we diverted to explore that a bit more. While we chose not to load up our pockets with snails, we were in love with the huge amount of items on offer, from clams and squid to iPhone cases and jean jackets. One stop shopping. 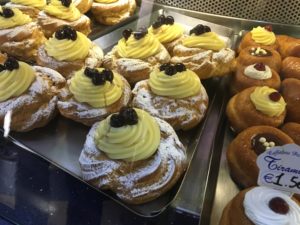 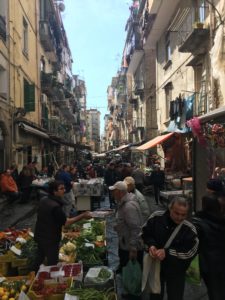 We finally made it to the museum around 11, and followed the Rick Steves tour. While it’s a shame that the Pompeii artifacts can’t be seen in situ, it’s fantastic to be able to get your face right up against them. Kat was blown away by the intricacy of the mosaics, with their impossibly tiny tiles. Standing face-to-face with life-size bronze statues with inlaid eyes is a bit chilling. And the “Secret Cabinet” (the room of sexy stuff) was full of things that you can’t show on TV (but which, apparently, doesn’t disqualify one from being president). 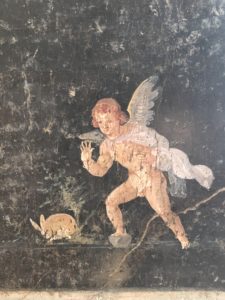 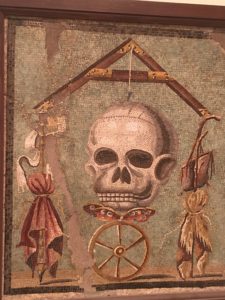 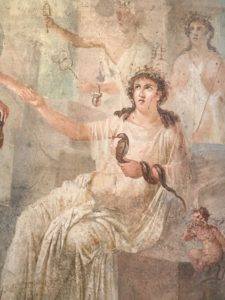 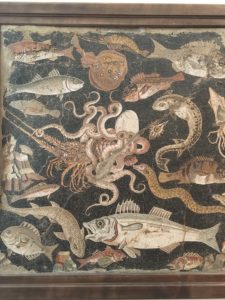 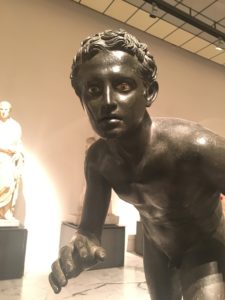 By the time we were finished with the tour, we were pretty hungry. Given that this was our only meal in Naples, pizza was in order. We walked a few blocks to Starita, which came highly recommended (by the internet). We weren’t disappointed – we had an artichoke pizza (artichoke cream and whole pieces) and a margherita with prosciutto and fungi. The dough was just amazing – so chewy and full of flavor at the edges, impossibly thin in the middle. We devoured our pizzas in the blink of an eye. 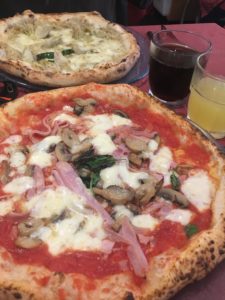 Feeling contended (and a bit round), some walking was in order. We followed the Rick Steves walking tour of Naples, which bounces through the main shopping district, the Spanish quarter, the harbor front, and the oldest streets in town. Naples has one of the most intact Roman street plans of city in Europe, which means lots of delightful, winding, tiny lanes. It was a gorgeous Saturday, so the whole city was out shopping, running errands, and showing off. 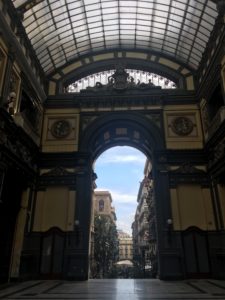 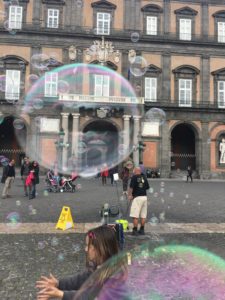 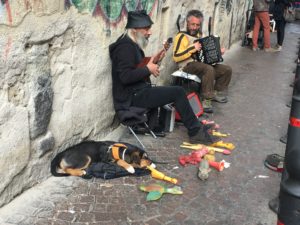 Along the walk, we were entertained by copious amounts of street art. While plenty of it is just tags, there are some really great pieces mixed in. We even found the work of one of our favorite street artists we discovered in Florence, Exit Enter. 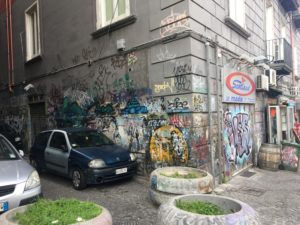 At one point, walking down Spaccanapoli, we saw a sign advertising metalwork. We followed the sign, and came upon a jewelry studio with the artist working inside. Kat found a volcano ring that she couldn’t resist. The artist was thrilled to meet us, and was very impressed that we decided to come to Naples on such a short trip.

We made the necessary stops for a hot sfogliatella, some gelato, and numerous coffees. As the afternoon drew to a close, we returned to the car for the trip to Atrani. While we knew Naples would be fun, we were surprised by just how much we liked it. It’s a city we’d like to spend a lot more time in. 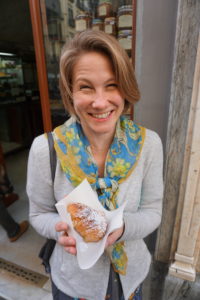 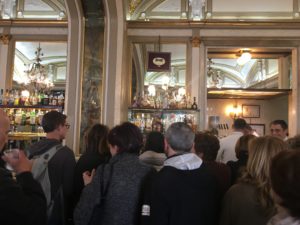 Our drive home included some gorgeous views of a cloud-ringed Vesuvius. We hit the southern side of the mountains as the sun was setting, and found ourselves encased in a cloud of our own. It was spooky and a little treacherous. We made it home safe and sound though. For dinner, we popped over to Amalfi and wandered up a back alley for some delightful pasta and anchovies at a tiny restaurant. 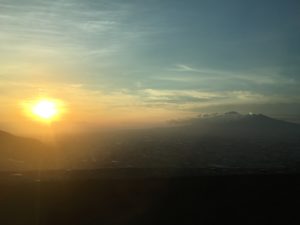 Tomorrow is our last day in Italy, and ends with us in Rome. What happens in between is yet to be determined – we’ll see where the day takes us!